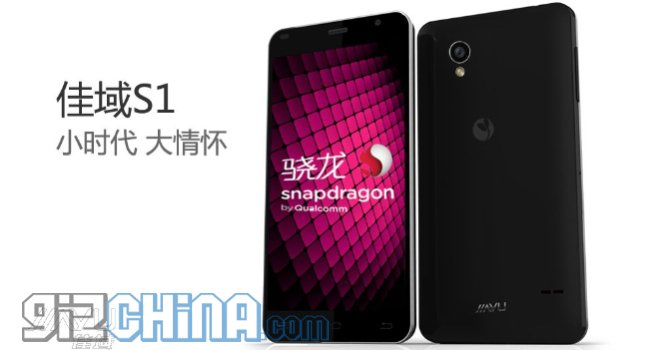 Many users have been impressed by the release of the JiaYu G4 due to its specifications, but the JiaYu S1 is one of those phones that can literally leave you speechless!

NB Watch the exclusive unboxing of the JiaYu S1 of GizChina.it: http://gizchina.it/2013/11/esclusiva-jiayu-s1-snapdragon-600-unboxing-gizchina

Compared to rivals Umi, FAEA, Neo and Zopo, who have already launched FULLHD 1920 x 1080 terminals in the last few weeks, JiaYu still does not have a terminal with these features on the market, but things are about to change!

The JiaYu S1 will not only be the first smartphone of the JiaYu with OGS FULLHD panel, but will also be the first with Qualcomm Snapdragon processor, NFC and non-removable battery with wireless charging!

Specifications of the JiaYu S1

With these specifications the JiaYu S1 powered by Snapdragon 600 processor should reach an Antutu score of about 24.000 points!

The body of the JiaYu S1 will be made of stainless steel, excellent protection for the very powerful 600 Snapdragon from 1.7Ghz!

Also included in the specifications is the dual Sony camera and, as you will have seen, NFC support! With these features the JiaYu S1 is a candidate for the main rival of the Xiaomi Mi3, especially for the presumable launch price of 320 dollars (about 245 euro)!

Our hope is to see soon this wonderful smartphone launched on the market to be able to test all the potential!

And what do you think of the specifications of the JiaYu S1? 320 dollars (about 245 euros) are too many or few for a phone like that?