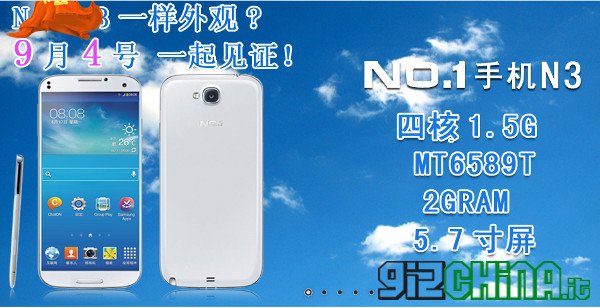 While waiting for the release of the Samsung Galaxy Note III (scheduled for September 2013) is getting hotter, the Chinese manufacturers, as already happened in the past for other models, are already engaged in the rush to emulation! 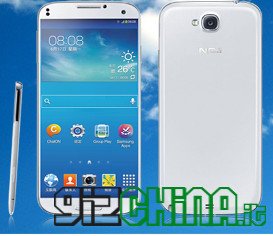 This is the case of the No.1 N3, the new Samsung style phablet announced by the Chinese phone manufacturer No.1 which has already met with great success with its No.1 S6, 1: 1 copy of the Samsung Galaxy S4 , viewable in the video below.

There are no official news about the release of the No.1 N3 (4 September?), But there is talk of a phablet from 5.7 inches FULLHD (1920 × 1080 resolution), 2GB of RAM and Mediatek MT6589T processor from 1.5Ghz. Obviously, from an aesthetic point of view the N3 will resume the elegance and extremely "slim" lines of Samsung devices.

What do you think of this device?