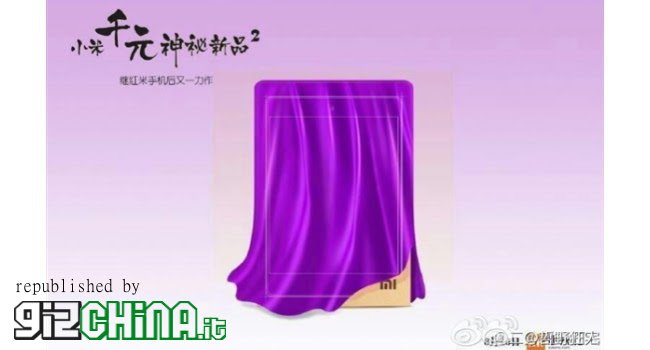 We had already talked about it future tablet of Xiaomi "Purple Rise" (aka MiPad) reporting the first rumors according to which the first "tablet" from Xiaomi would be powered by a quad-core Tegra 3 processor.

In the meantime, regarding the specifications of the Xiaomi tablet "Purple Rise" there have been news on news, confirmed and denied continuously, according to the last of which the processor of this new device would have been a Mediatek MT8125.

News confirmed ?? No! According to the latest rumors, the Purple Rise will be equipped with a Mediatek processor, but not by the MT8125, but by the well-known quad-core MT6589T from 1.5Ghz! Obviously, as you can imagine, there is poco confirmed and sure in this news. So we just have to wait for the release, scheduled, according to the latest rumors for September 5th.

The Purple Rice will also have a 720p display from 7 inches, 1 GB of RAM, 16GB of internal memory and 4000mAh battery, 3G module and, more interestingly, I will be provided with multilingual support (23 languages) for MIUI ROM at the time of launch!

What do you think? Will the Xiaomi “Purple Rise” (aka MiPad) really be launched on September 5th?

Those interested in buying will be happy to learn that xiaomishop.it has informed us that the "Purple Rise" will soon be pre-order on their website (always with Italian shipping and warranty)! You just have to stay connected and wait for our updates!