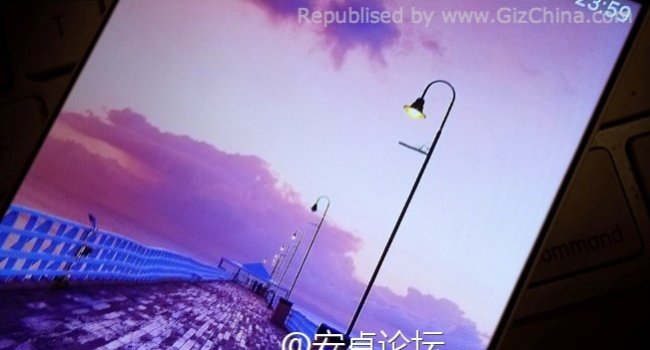 For the first time we see a real photo of the TCL N3 display panel, which shows us how tight the frames are!

It has often happened that the output of a telephone has disappointed the expectations created by the various renderings released before it. In this case it seems that the TCL is intent on not to disappoint its fans!

This spy photo shows us frames that will measure no more than 1mm per side. That's a little thinner than the Meizu MX and much thinner than most other Android phones on the market.

According to sources who have seen the TCL N3, more than 80% of the front is occupied by the display, with very little space for the camera and sensors at the top and for the navigation buttons and the microphone at the bottom.