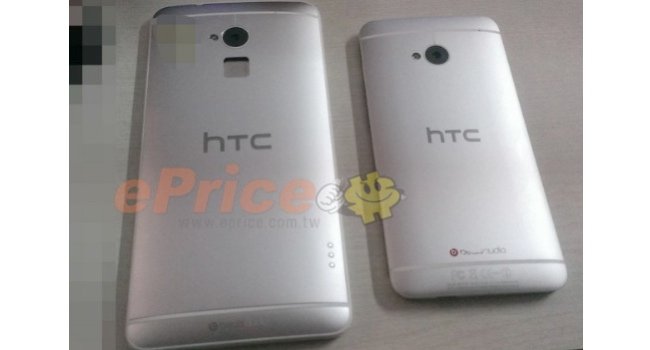 The Chinese version of HTC One Max shows in some leaked photos that dualSIM support and fingerprint reader will be included.

Shown with the HTC One little brother, the HTC One Max looks really huge! This device will be a 5,9-inch display phablet, produced with the same build quality as HTC One, but with all that extra space HTC will have the ability to add some new features.

The back photo clearly shows that the HTC One Max will support wireless charging (which is not surprising) and that a fingerprint scanner will be inserted right under the rear camera.

The surprises do not end and giving a quick look inside the alloy coating of the HTC One Max we see that the model intended for the Chinese market will also have dual SIM support.

In fact, it is unlikely that dualSIM functionality will be available outside of China, unlike the fingerprint reader that could also be included in the international version.
If you like this article and do not want to lose all our updates click "like" on our page FACEBOOK, Follow us on TWITTER e YOUTUBE , or add GizChina to your circles in GOOGLE +.