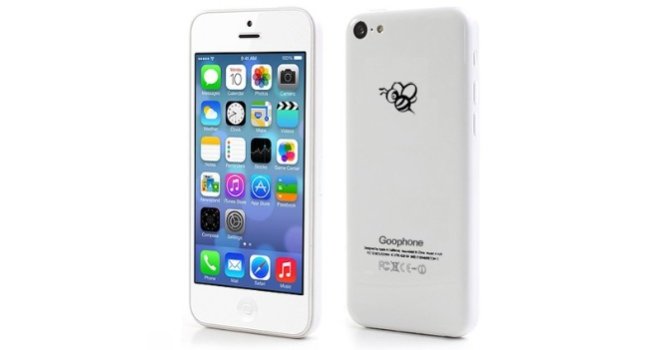 The GooPhone is now a well-known manufacturer of Chinese phones, in particular specialized in the reproduction of smartphones and tablets of the most famous brands (Apple and Samsung on all).

Today's news is that the GooPhone is ready to launch its umpteenth clone in September, this time with the new iPhone 5C: the GooPhone 5C!
Last year, while we were waiting for the launch of the iPhone 5 leaked news leaks and spy photos allowed GooPhone to launch a clone of the device almost simultaneously with Apple. Even, having shown online before the release of the iPhone 5 the image of his own i5 GooPhone, the Chinese company spread the news of want to sue Apple in court for copying the design of their device!

This, of course, has never really happened and now GooPhone is ready to launch a new clone of an Apple device!

Just like the 5C iPhone, the 5c GooPhone will also be an inexpensive phone, with less exalting specifications than usual, such as a 4 inch QHD display (960 x 540 pixel), XXUMXGHz dual-core MT1.2 processor, 6572GB of RAM and a rear camera from 1 mega-pixel and front from 8.

What do you think of GooPhone? Do you think ruins the image of honest Chinese producers?