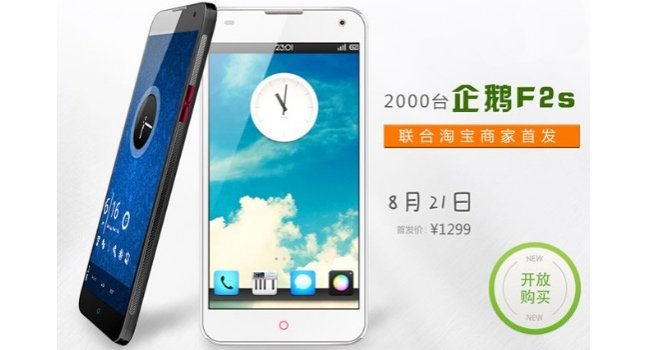 The FAEA announced the launch date and price for the updated FAEA F2S for China.
The FAEA F2S will be officially on sale from 10 21 September hours at a price of only 1.299 yuan (212 dollars - about 158 euros). The launch will be limited to 2.000 units only and the phone will only be available in China through the official Taobao store.

If you consider the price, the specifications of the FAEA F2s are quite impressive, making the device a product with an excellent quality / price ratio. In addition to the 5 inch display with FULLHD 1920 x 1080 resolution, the FAEA F2s will be equipped with 13 mega-pixel rear camera and 5 front, MT6589T quad-core processor from 1.5Ghz, 2GB of RAM and NFC and OTG support.
FAEA F2S specifications

[komper pid = 16 compareform = no] Still no news on the international release and prices of the FAEA F2S. We will update you as soon as there will be news!