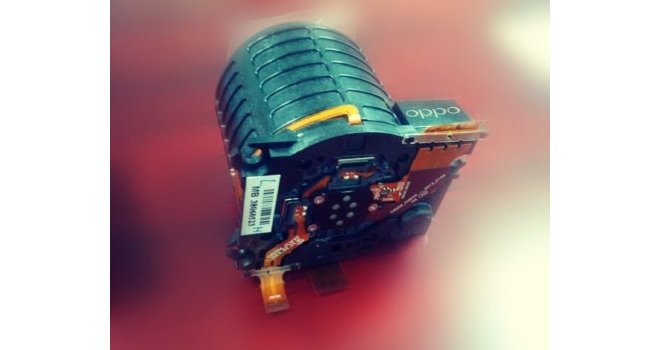 Unconfirmed components of the new Oppo N-lens sensor have appeared on Weibo. Is this really the 16 mega-pixel sensor of the Oppo N1?

A Weibo user and employee at Oppo posted the photo which portrays what, in their opinion, should be the camera sensor of the new Oppo N1, coming out on the market next month.
According to the post, the sensor is a 16 mega-pixel from Sony which will be available in two models, one thinner and one thicker, and will adapt to the different bodies of the devices; the thinner version will be equipped with a 10x optical zoom while the thicker version, the standard one, will have a 15x optical zoom. However, both versions will offer the integrated image stabilization system.
Along with the camera specifications, the post goes on to state that the N1 will support NFC technology ( seen in action here ) and probably also an expansion for SD card.
If you like this article and do not want to lose all our updates click "like" on our page FACEBOOK, Follow us on TWITTER e YOUTUBE , or add GizChina to your circles in GOOGLE +.