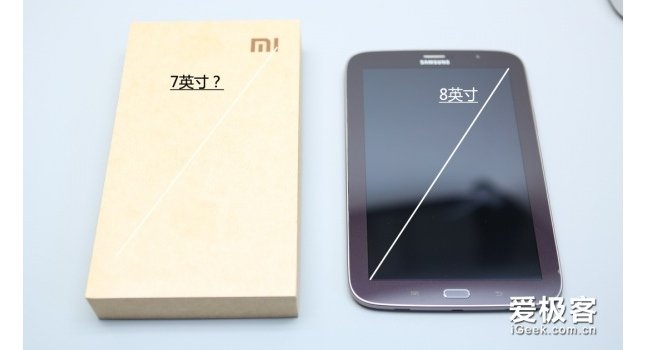 Yesterday evening, many Chinese technology sites were beating the news that Xiaomi had sent them official invitations for next week's launch dates, in elegant, tablet-sized boxes.

We were surprised, then, to see that the Chinese blog “iGeek” had posted a photo of what they claimed was the winner for the Xiaomi event on September 5th, placed in a suspicious box, shaped like a tablet.
We quickly contacted Xiaomi to ask why we had not received it and the prompt reply was:

It's nice to hear that we had not been left out of the loop, but to tell the truth, we were also a little disappointed. So we'll see if next week in Beijing, Xiaomi will communicate to be working on a tablet from 7 inches.
If you like this article and do not want to lose all our updates click "like" on our page FACEBOOK, Follow us on TWITTER e YOUTUBE , or add GizChina to your circles in GOOGLE +.

Where to buy Redmi G 2022, the pure gaming laptop

How does the iQOO 10 Pro handle 200W? The mystery revealed