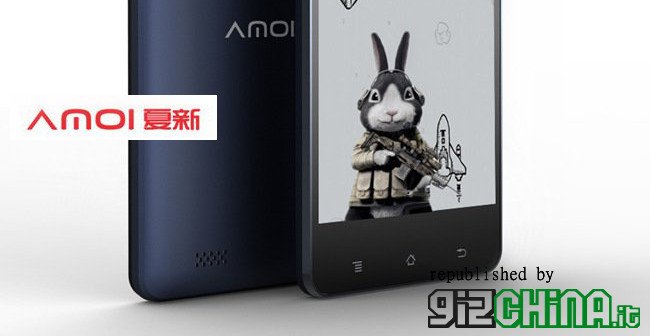 One of the Chinese smartphone manufacturers, the Amoi, is ready to release a new Android device on the market, which will take the name of Amoi Big V II, successor of the Amoi Big V.

Even if an official launch date has not been defined, the Amoi Big V II can be viewed as an interesting rendering. 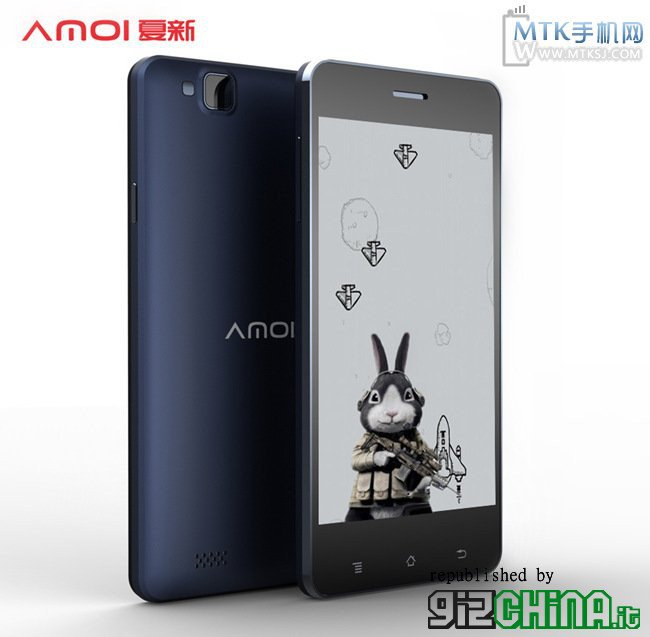 As you can easily guess from the name, the Amoi Big V II is equipped with a large screen. Despite the presence of a "V" in the name, this device vaguely reminds us of previous products with respect to which, however, it appears better in terms of general aesthetics;

in fact, the latter is a "Candybar" type terminal beveled at the corners, with fluid lines and a strong black front panel that, together with the dark blue back shell, gives life to a truly elegant structure.
Amoi Big V II is characterized by the thin frames of its display that favor the grip and the practical use even with one hand.
The only one, if we can define it, is the lower and upper part of the screen, perhaps slightly oversized.
The new Big V II will most likely use the Mediatek MT6589T processor and will be equipped with a 5-inch display with 1280 x 720 HD resolution (or hopefully higher!), IPS and OGS and 2GB of RAM to which specifications could also be added. pleasant about memory (we are talking about 32GB of internal memory!) and rear camera from 13 mega-pixels.

However, the most noteworthy feature of the AMOI Big V 5 seems to be the price, which, although not yet widespread, should be on a decidedly medium-low range.
If you like this article and do not want to lose all our updates click "like" on our page FACEBOOK, Follow us on TWITTER e YOUTUBE , or add GizChina to your circles in GOOGLE +.