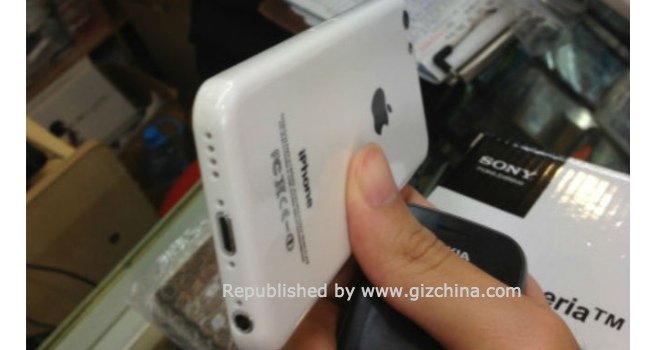 A new photo of the probable new iPhone 5, an economic version in polycarbonate, has appeared in China today, showing also the FCC and CE markings.

The new "cheap" iPhone will be the first iPhone produced with a plastic body after the iPhone 3GS. This spy photo shows the alleged device with the relative CE and FCC marking, necessary for the device to be launched on the market.

Previous spy photos have shown the new iPhone in different colors, including bright green, yellow and even pink. The specs are unclear, but it is thought that this budget version of the new Apple gem will have a 4-inch display like the iPhone 5 and 1GB of RAM.