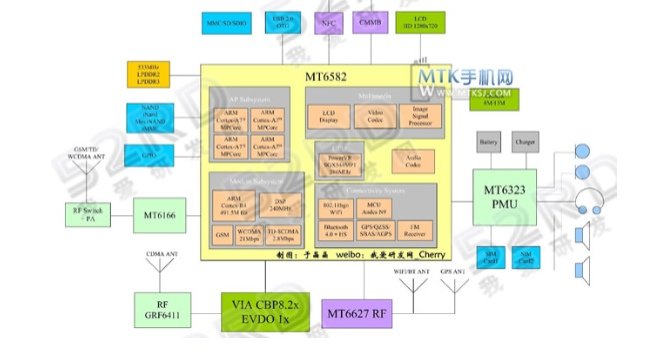 Thanks to the low cost of Mediatek's MT6589 quad-core series of processors, the prices of many of the smartphones launched by the various Chinese brands are already priced at around 100 dollars, with daily discounts that, as we saw in the case of CUBOT GT99sometimes they leave us really speechless.

But Mediatek, already the leader of this market and, from what we learn from the rumors, about to close important agreements with the likes of Sony, does not seem to stop in proposing products with a very accessible cost. In fact, a new quad-core processor, the Mediatek MT6582, an even cheaper version of the previous MT6589 and MT6589T, destined to power medium-low-end smartphones, is now out.

The Mediatek line of chipsets will continue to grow throughout the year, expanding with the introduction of the first 4G LTE chip (MT6290) and the first 8-core processor (MT6592).

We are very excited to try out the new smartphones equipped with these processors ... and you?